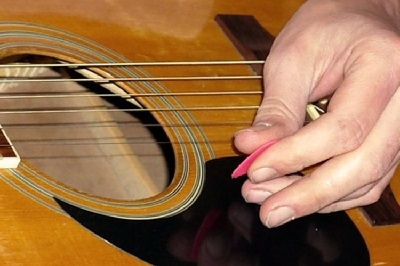 Starting out any music style isn’t easy. Not only do you have to learn new techniques, but you have to take the time to familiarize yourself with the genre itself; the sounds, the fallbacks, everything.

In this article, we will discuss the most commonly used bluegrass guitar scales.

The most commonly used scales in bluegrass music are the pentatonic scales. These scales tend to have an Asian sounds due to the intervals that they involve. You may recognize the pentatonic scales, if you’ve ever played piano, as the scale that uses all of the black keys on the keyboard.

Unlike most scales, the pentatonic scales consist of only five notes, which means that they lack two of the notes that make up their brother scales. The notes are the submediant and the leading tone.

The Intervals of the Major Pentatonic Scales Are as Follows:

Now that you know a few major pentatonic scales, and how to form the remainder of the scales.

Let’s Move on to The Minor Pentatonic Scales

Now that you know the most common bluegrass guitar scales, the next step is to familiarize yourself with them. Try making some licks using crosspicking, or playing the scales as flatpicked scales. Have fun, and good luck!